Evgeniya Krasnova: Sports are an antidepressant and keeps families together

Hello everyone! My mane is Evgeniya Krasnova and I have 27 years old. Since I was little (maybe until the age of 5) I was a chubby girl. My mother tried to sign me into gymnastics or swimming but it was impossible for my weight.

In a year I lost quite a bit of weight and my mother signed me up for ballet, where I danced for 8 years. Since then, I’ve always been thin.

At the age of 19 I met my current husband, who has been into bodybuilding since he was 14. He is 45 now, but still in pretty good shape and has won several bodybuilding prizes. I could not stay behind. In Russia we say “if you love someone you have to living up”. 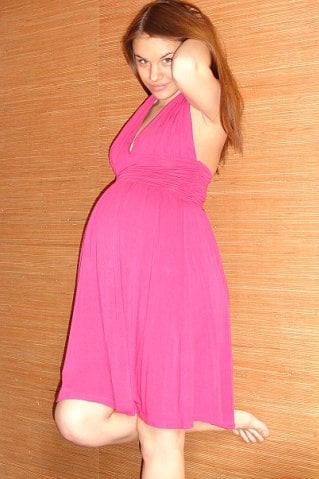 Even after giving birth to my child I was okay, I tried to go out for walks with the baby as much as I could, I trained at home and ate healthy, but to keep up with my current physical status I needed to work out at the gym.

I started training in 2014. Sports are my hobby, and better than any friend, therapist… I give my best and it keeps bad vibes away.

I live in north eastern Russia, where winters are long, making me grumpy. Gym is my antidepressant. After training I feel more alive and bad mood goes away for the rest of the day.

Don’t think that apart from the gym I have interest  in nothing and that I don’t do anything else. We have a big house and I am in charge of it.

I do the cleaning, cooking and also raise my kids (my daughter is 7 and my husband has a son, from his previous marriage, who is 17 now) and dedicate time to my husband. We also run a business, reason why I live non-stop, but I enjoy it. There’s no time for being sad or being foolish. I don’t believe it when people say they don’t have time for sports. Having 24 each day, it turns easy to dedicate just one.

I like all of us in our family to share hobbies, there is always something to talk about. We share progress with each other and we cheer each other up for our achievements. Our kids also come to the gym with us. We are a united family of sports people.

When we go to the groceries or on a trip, lots of people turn around to have a look. Some people come to say how good we look or simply to chat or to take a picture with us, which motivates me even more.

Since 2015 (Fall) I compete in bikini fitness (-166) bodybuilding category. Each competition is like a party to me: a fancy bikini, makeup, hairdressing, new friends and people from other countries.

By now I am in possession of some awards:

Now a bit about my competitions:

In October 2015 I attended my first competition, Russian Championship, where I ended up ninth out of 30 girls, making me very happy. In November that year I won a local championship in Kareliya Republic. Later, in December I was fourth in Olympia Amateur in Moscow.This was the end of the season. I was happy, but knew I needed to work a lot harder.

After resting for less then a month, my husband (and trainer) and I decided to start getting ready for the next season, starting in Spring. Preparation was harder, but we already knew how my body would react to carbs, protein, water…

In April 2016 I won the North East Russian competition, what an incredible feeling!. Two weeks after that in the Russian Championship I ended up 8th, something I wasn’t expecting: My physique was good, stage performance was fine too… so I wanted to give up. Bikini is a hard category where there are no specific rules. Everything matters, how you move, how self confident you look… You don’t know who will be the one chosen by the judges, so I do not get mad, just compete for fun. 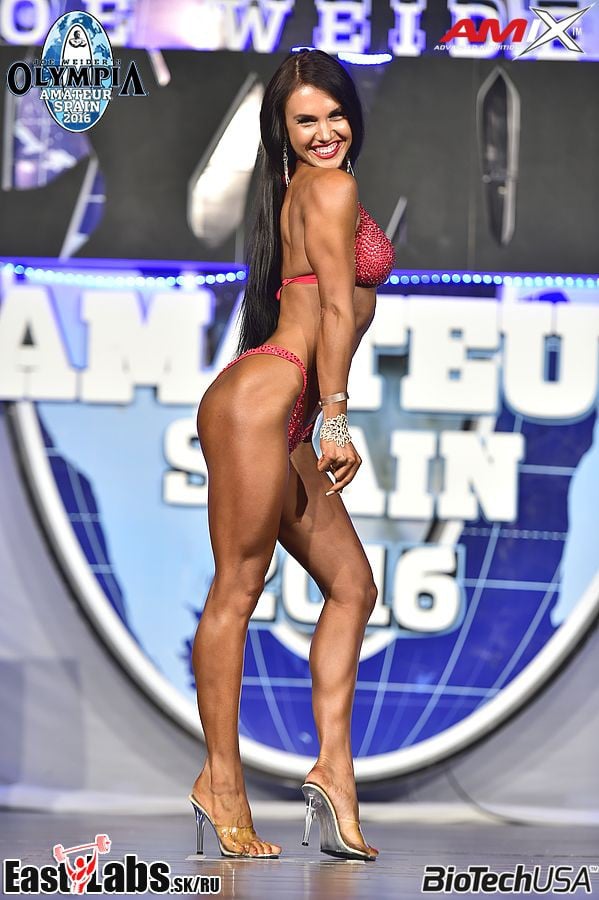 My husband said we needed to go to Europe for competing. And so we did. Czech Rebuplic: Excellent welcome and great contest organization. Two golden medals… perfect. After that we went to Diamond Cup in Slovakia, a great contest, where I got bronze.

I was starting to feel tired and needed to rest, but still had Olympia Spain on the roadmap, a dream for every bodybuilder. It is famous for it’s organization and it’s great contests. If there is a chance you can’t just let it go, you either compete or go home. Mi husband said we should go and rest afterwards. I ended up second in my category which was thrilling. I am very happy with this season and with the work done.

I’ll go into some detail about my everyday schedule and my training routines:

I wake up at 6 and take some BCAA and a glass of water for stopping cortisol. When I am in season I always do some cardio (static bike) around 20-30min. Afterwards it’s breakfast time: 50g of oats, 2-3 egg whites + 1 full egg, coffee and some nuts. Two hours and a half later I go to the gym. Glutes are and have always been my weakness. In ballet it’s not a big deal, but it, in fact is in bodybuilding. Now I’ll work a lot harder to improve. What I like the most is training my back, and my favourite exercise is doing pullups.

30-40 mins after training, it’s time to eat again. Carbs and protein (usually turkey). After that I use to eat every 2,5 hours to speed up my metabolism. I eat 2h before going to sleep. We recover while we sleep, and this is why I sleep at least 7h.

For ending I want to share a thought with you: Always keep up your motivation! Even you don’t like what you see in the mirror, or the other way around, to like what you see and work with every part of your body, study, develop and socialise.

Let sports be part of your life. I’m sure you will see changes. 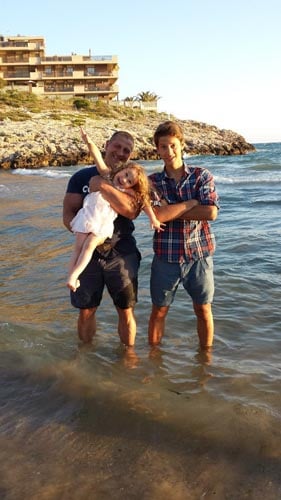 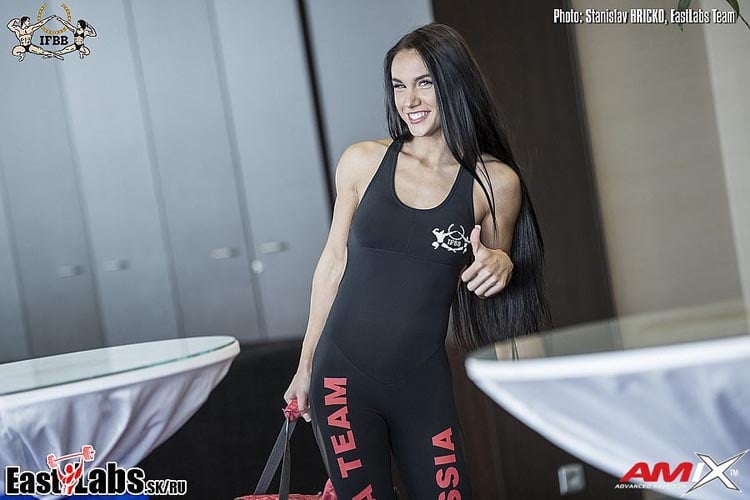